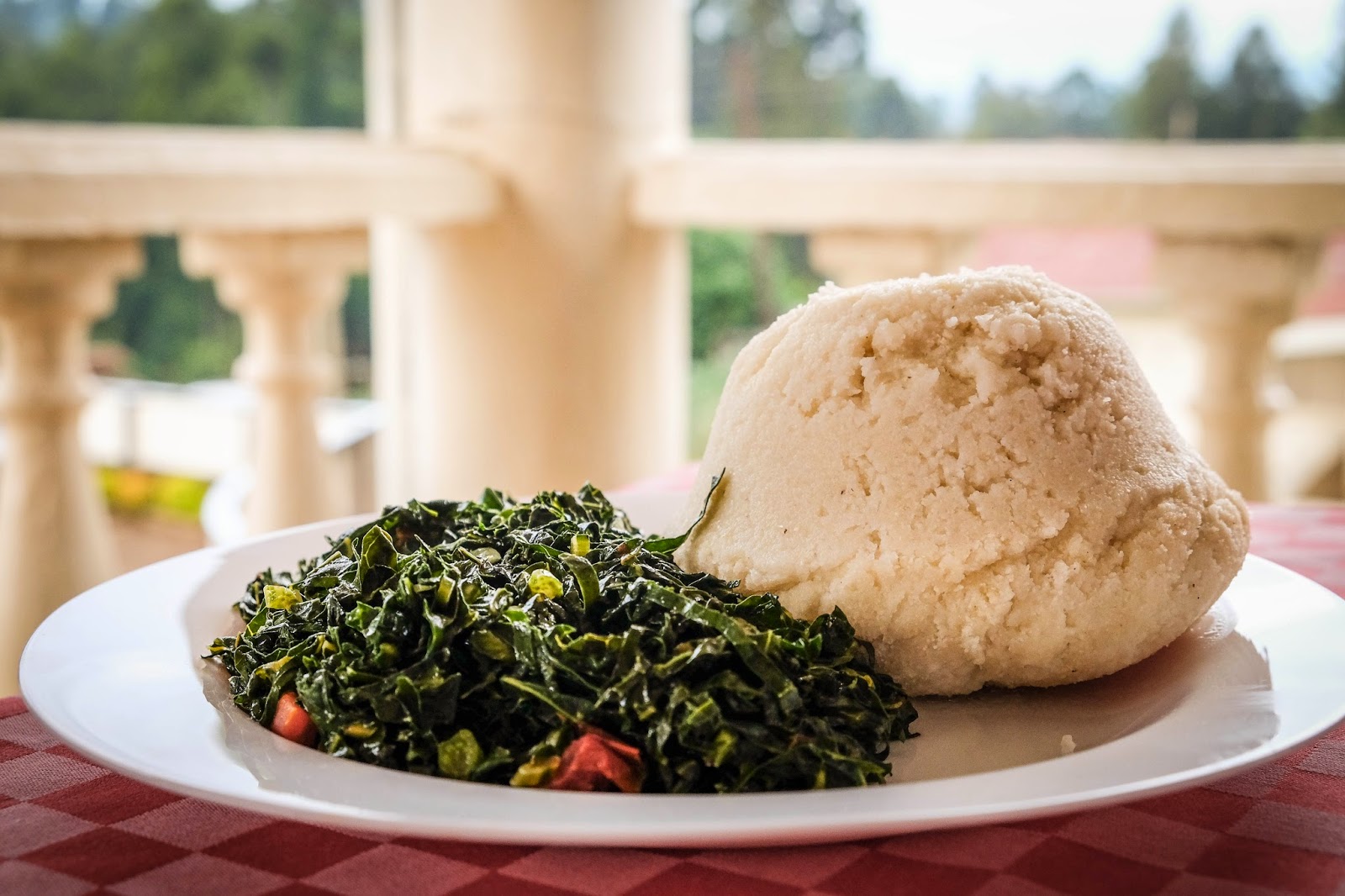 Most of our meals in Kisii have been pretty basic, pretty safe. We eat a lot of tuna (which we brought), eggs, toast, rice, and chips (french fries). However, every now and then when we are feeling brave or particularly African that day, we order ugali (corn meal cooked in water until thick, similar to very dense grits with no flavor) and sumawiki (cooked kale). Of course, we coat it in salt and chili sauce, which isn’t very African and Phoebe and I feel sure that it would be even better with butter, which Daddy says proves our roots. Ugali is not only a traditional local dish; it actually makes up the majority of the Kenyan diet, being the main part of every meal. The truly strange thing about ugali, is that they eat it with their hands, picking it up and squishing it back and forth in their palms until they’ve completely mashed it together. What is even more bizarre than that, is that it truly tastes better after its been kneaded a little.

We asked our waiter, Ben (who takes very good care of us), why they play with their ugali before they eat it and he told us one of the local legends: Along time ago, a woman was sitting at her fire, stirring a huge pot of ugali. While she stirred, she rocked her baby in her lap. Suddenly! The baby fell into the pot of ugali and disappeared! So, ever after that, Kenyans squeeze their ugali before they eat it, just in case the baby is hiding.

We asked Martin if that was a common legend and he said it was, but that there was also another one: Along time ago there was a Kenyan man with two wives (which was and is very common). One of the wives was incredibly jealous and the other wife and wanted to get ride of her. So the first wife poisoned the ugali to kill the second wife. The second wife, hearing that the ugali had been poisoned but being very hungry, squeezed all of the poison out before she ate it and lived a very long time.